The lay theologian Tomáš Štítný ze Štítného (‘Thomas of Štítné’, c. 1333–1405) is an extraordinary figure in Old Czech literature. He was the first to use the vernacular in theological literature and thus to try to enrich the lexicon and the means of expression of the Czech language. He was also the first prose writer to address the lay public and to introduce his audience to religious concerns; he tried to establish an immediate relationship between the believer and God, as it was fostered later on by Hus and his followers. From a religious point of view, Tomáš was a representative of the Devotio moderna, a reform movement which anticipated some of the ideals of Hussitism. Nevertheless, he emphasized the private devotion for which his writings were intended.  The use of the Czech language in particular is a way of making Christianity less dependent on outward form and traditional devotional patterns by having the believer speak with God in his own language. For more details about Štítný’s life see Schamschula 1991, p. 243.

Tomáš’s work, which does not pretend to be highly original (indeed, many of his essays are translations or adaptations of other authors, such as St. Augustine, Albertus Magnus etc.), was written in eight volumes which he called kníhy, i.e. ‘books, writings’. These collections consist of varying numbers of essays, called knížky, i.e. ‘booklets’. ln his lifetime Tomáš did additional editing and rearranging of the volumes. Among others he reworked the second volume of essays from 1376, entitled Sborník klementinský (The Clementinum Collection’) in 1389, calling this version nevertheless his ‘first book’. Our selection is taken from the preface to this book called Sborník Vávrův after the copyist Vávra z Jivjan (‘Vávra of Jivjany’).

Introduction to the Sources

The given transcription was made according to the Vávra’s manuscript, taking into account the edition of Walter Schamschula (cf. Schamschula 1991, see Existing editions below).

The present translation has been taken, with the permission of Walter Schamschula, from the text of his edition (cf. Schamschula 1991, see Existing editions below). Only a few textual changes have been made to the text (as recorded in the footnotes). The introductory information, based on Schamschula´s edition, has been supplemented from new contributions on the topic. 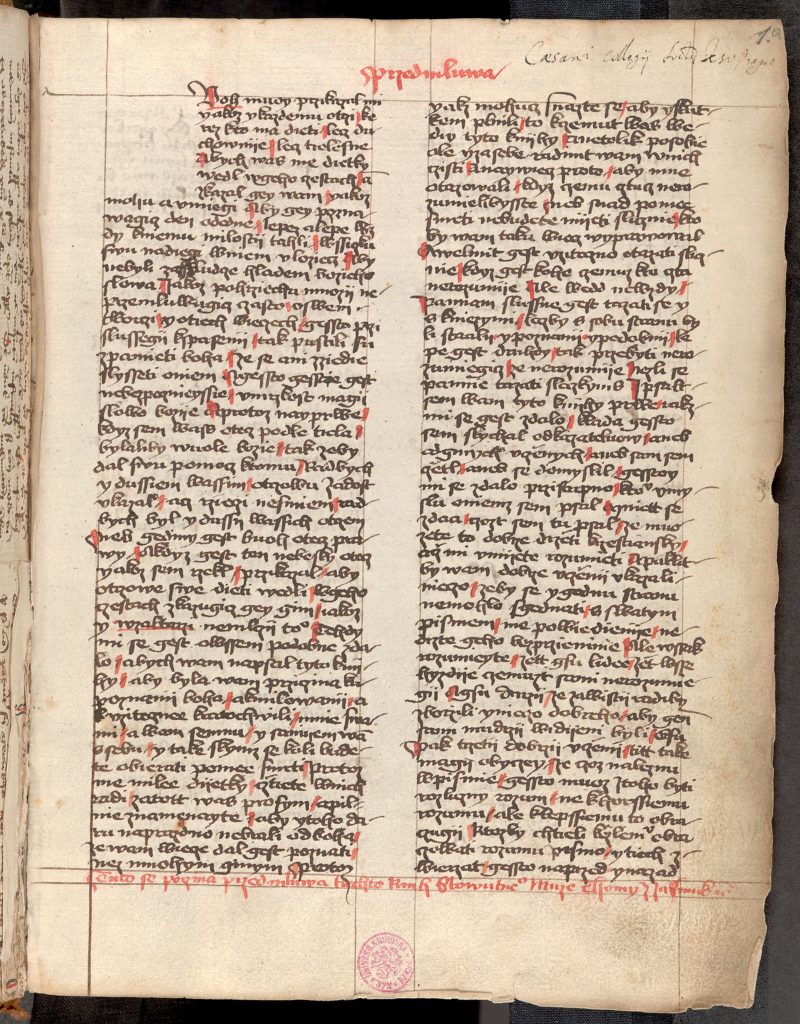 Now, you shoemakers of the new faith

Satires on craftsmen and aldermen